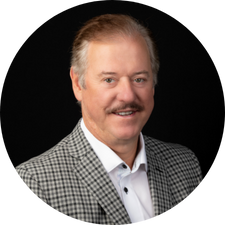 Rick is an entrepreneur and visionary leader who founded Merit on a servant-leadership philosophy and a commitment to helping individuals reach their financial goals while supporting fellow advisors and entrepreneurs in meeting their professional goals. He has been widely recognized for his contributions to the industry, including being ranked among the Forbes Top 10 Best-in-State Wealth Advisors List in Georgia for 2 consecutive years. Rick has a clear vision for Merit’s growth, designing a program that allows advisors to align with Merit in a number of ways. Rick is well versed in the industry and is striving to change it for the better.

Rick delivers high-energy presentations that challenge audiences to leverage their focus and pay attention to what matters most at work and in life. Audiences appreciate his practical strategies they can apply directly to their business model. Rick offers his insight to business owners, advisors, and executives. Having been a key player in multiple mergers and acquisitions over the past four years, Rick is well versed in the industry and is striving to change it for the better.

Earning many awards for his financial services capabilities, his team, and his vision have further highlighted Rick’s journey towards excellence. This perspective motivated him to coach, develop, inspire, and mentor fellow advisors as they strive to keep up with the everchanging financial services industry. He brings this same dedication to his work with business leaders to empower their teams and achieve greater success. Being a successful entrepreneur, Rick started multiple companies making him a diverse leader willing to share his recipes for success with others. 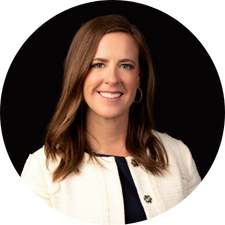 Kay Lynn has played many roles in the financial advisory industry: as a successor, partner, seller, and buyer. This unique and diverse background allows her to be able to relate to advisors in all phases of their careers and mergers and acquisitions. With a background in financial planning and leadership, her career expands over several areas, including advising clients, mergers and acquisitions, and strategic growth.

Kay Lynn worked her way up from an entry-level position to earn her seat at the C-Suites table as President of Merit, which manages over 5 billion in RIA and Brokerage assets under management. She holds her CFP®, AEP®, and RFC® and has been a critical decision-maker for two firms over the past twenty years. Kay Lynn has overseen multiple mergers and acquisitions over the past four years and has been recognized for her position as a female leader in the financial services industry.

She is passionate about helping people take their careers – and themselves – to exceptional levels. Kay Lynn’s influence in the industry and her drive for success is a driving factor in Merit's ongoing growth and appeal to growth-oriented advisors. 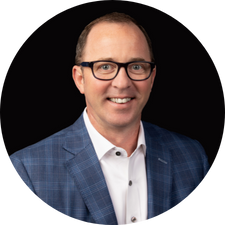 Greg Gerhard is Chief of Staff and Partner at Merit.  He oversees the Integration of newly acquired team members and contributes to the Development of our existing team.  Greg’s passion for Culture helps drive Merit’s focus; we believe our Culture is our bedrock and our future!  Greg serves as a devoted resource to the ~100 member team and works tirelessly to weave a cultural thread through all facets of the firm.  Merit’s goal is to provide a dynamic and diverse Culture in which all team members may succeed and realize their personal and professional growth aspirations!  Greg oversees Merit’s industry conference, UNITE as well as its team conference, EPIC.

As an at large member of Merit’s Executive Leadership Team, Greg ultimately contributes to all aspects of the firms initiatives.  His passion for building synergistic relationships throughout our industry contributes to the firms overall 3-prong growth strategy; 1. Organic Growth (Niches)  2. the growth and development of our existing RIA Platform Partners  3. Merit’s M&A activity.  Greg maintains relationships with many industry firms such as Custodians, Institutional Money Managers, recruiters and peer RIA’s.

Greg received a Bachelor’s Degree from the State University of New York at Oswego and maintains his Series 7 and 63 securities registrations held with LPL Financial and his Series 65 registration held with Merit Financial Group.  In his spare time, Greg enjoys spending time with his 2 boys on nature hikes, coaching his kids sports teams and reading.  Fun Fact:  Greg is an accomplished dart thrower! 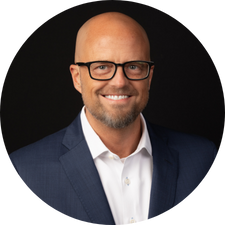 Doug is responsible for the Investment Management Program at Merit Financial Advisors. With 20+ years of experience in the investment industry, Doug assists financial advisors in developing investment strategies that focus on their client's needs.

Doug is an LPL Registered Administrative Associate who carries a Chartered Financial Analyst (CFA) designation and is also a member of the CFA Society of Atlanta.

Doug currently lives in Alpharetta with his wife Amie, and their 2 children, Darby and Avery. In his spare time, he enjoys spending time with family, golfing, and tinkering projects at home. 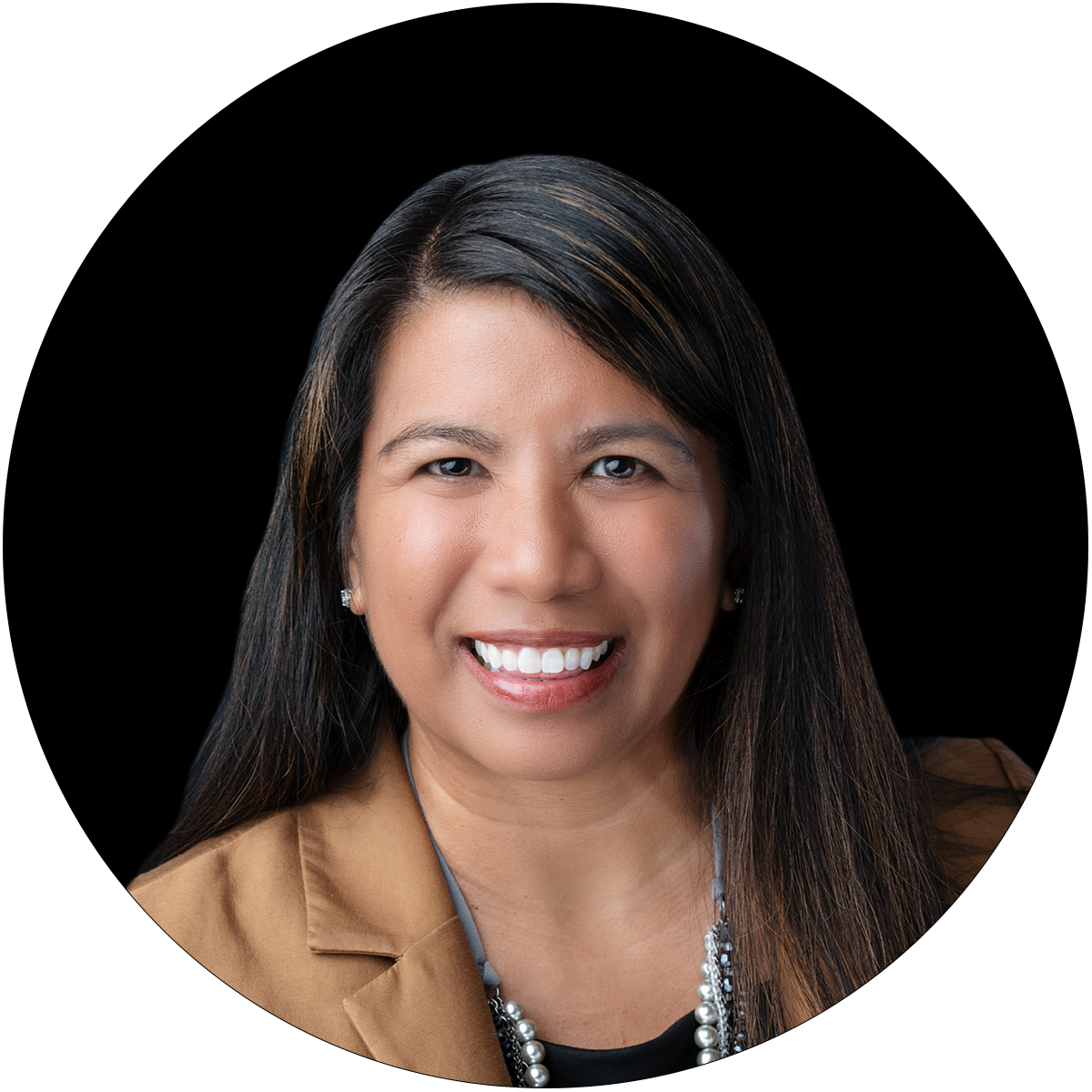 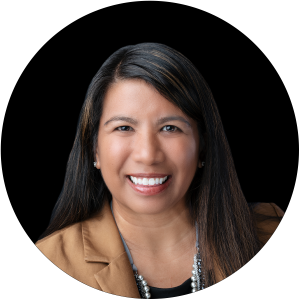 Amelia brings over 20 years of experience in the financial services space, entirely of service to Merit. As the Chief Transitions Officer, she works with the transition team to onboard acquired and independent advisor partner firms to the Merit platform. With her extensive experience in serving the Merit team and specific expertise in accounting, payroll/benefits, compliance, technology, and business management, Amelia is a key resource in the transition process.

Amelia received a bachelor’s degree in Business Management from the University of South Florida in Tampa and maintains her Series 7, 24 and 63 securities registrations with LPL Financial. After living in the city of Atlanta for almost 20 years, Amelia now calls the northern suburb of Milton home with her husband, Bryan, and their two children, Alex and Olivia. She enjoys spending time with her family and friends, playing tennis, traveling, and watching her kids play sports. 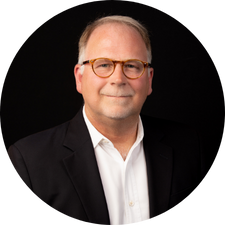 David oversees new market development, advisor productivity and the integration of new partner firms. His career started with Ameriprise, where he was promoted to National Director of United Kingdom. In that role, he built sales forces from 0 to 400 Financial Planners and 17 offices in three years. He later returned to the United States to support Ameriprise’s domestic integration of technology and field sales utilization. After a long career with Ameriprise, he joined ING as SVP Head of Sales – Retail, Insurance and Advisory Markets, and was integral to the conversion of their field sales into financial planners during his 12 years there.

Because he values being close to the client, working with advisors and pursuing entrepreneurial initiatives, he started an RIA in 2009 with several partners and grew it to $500 million in AUM in three years. He served as both the CCO and an advisor, and was awarded the Five Star Wealth Manager Award in 2012. Later in 2012, he was recruited by LPL Financial to drive a new entrepreneurial initiative around their Worksite Solutions/Financial Wellness offering, which he took to unprecedented levels of success in just three years. He joined Wealth Enhancement Group (WEG) in 2015 to head up their M&A division and helped facilitate 10+ external firm integrations into WEG.  David joined Merit in June of 2020 and is looking forward to helping Merit build a national wealth management footprint. 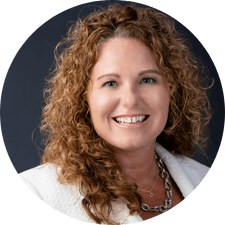 Jennifer Keegan is the Vice President of Operations and Compliance Manager for Merit focusing on testing and implementing our registered investment advisor and broker-dealer compliance programs. She enjoys all things compliance! And the opportunity to work with each advisor and branch office within the firm. Jen received a Bachelor of Science in Business Administration from Southeast Missouri State University and a Master of Arts in Legal Analysis from Webster University. She likes to go golfing, boating and watch St. Louis Cardinal Baseball games with her husband, John and their son Daniel. 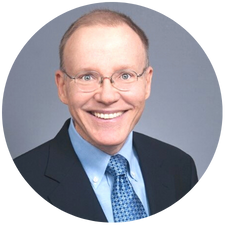 Mark Christensen is the Chief Compliance Officer/Compliance Associate for Merit, focusing on all regulatory compliance matters for the firm. This includes design and maintenance of the compliance program, partnering with the business to facilitate internal and external change, and performing compliance supervision and testing. Mark enjoys finding solutions to compliance issues that enable the business to achieve its goals, and collaborating with firm colleagues to build out scalable processes. Mark received a Bachelor's Degree in Accounting from Michigan State University. Mark likes to cycle, having completed a number of multi-day self-supported bike trips in Europe and North America. 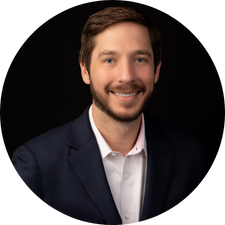 Caleb Tucker is the Director of Portfolio Strategy for Merit, focusing on investment strategy and research. He enjoys performing market and economic research that helps advisors best meet their client's needs. Caleb received a BBA in Economics with a minor in Spanish from Georgia Southern University. He likes to play tennis, travel, and watch college sports. 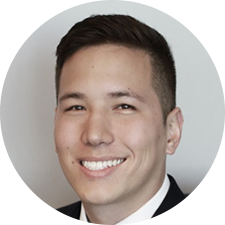 Nick is the Director of Portfolio Management for Merit focusing on providing portfolio management solutions to advisors as well as supporting firm operations and compliance. He enjoys providing in-depth analysis to aid advisors and the firm. Nick received his bachelor’s degree in financial planning from the University of Georgia. He likes to travel and watch UGA football. Go Dawgs! 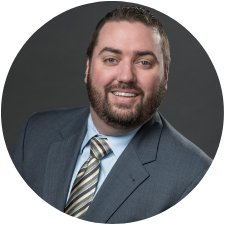 JP Pattinson is a Partner and the Vice President of Technology. He focuses on wealth management, operations, and branch management. He enjoys providing his clients with confidence in their financial futures. JP received his Bachelor's Degree from the University of North Texas with a degree in Financial Services. He likes to spend time with his wife Leslie and daughter Brynn. He also enjoys fishing, hunting, and traveling. 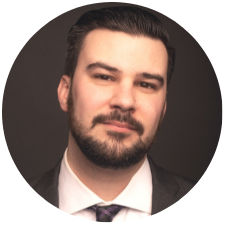 Tony DiGirolamo is the Director of Business Systems for Merit, focusing on the day-to-day management, configuration, and improvement of the key technology platforms with Merit. He enjoys building integrations, workflows, and automation that help make Merit's advisors' jobs easier. Tony received his bachelor's degree from the University of Illinois at Urbana-Champaign and his Master's degree from DePaul University. He enjoys spending time watching horror movies with his fiancee, Lauren. 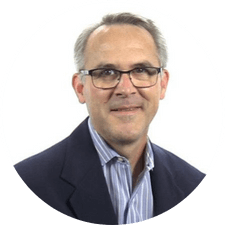 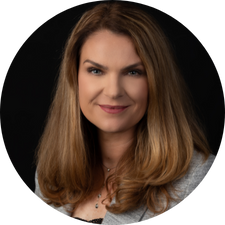 Martina Chisholm is the VP of Marketing for Merit, focusing on the planning, development, and execution of all Merit marketing, branding, and advertising initiatives. Martina enjoys creating a memorable digital and in-person experience for existing and potential clients while interacting with the Merit brand. She received her MBA from The University of Maryland – Global Campus. She likes to travel the world, experience different cultures, spend time with her friends and family, and attend all the concerts and sporting events Atlanta offers.